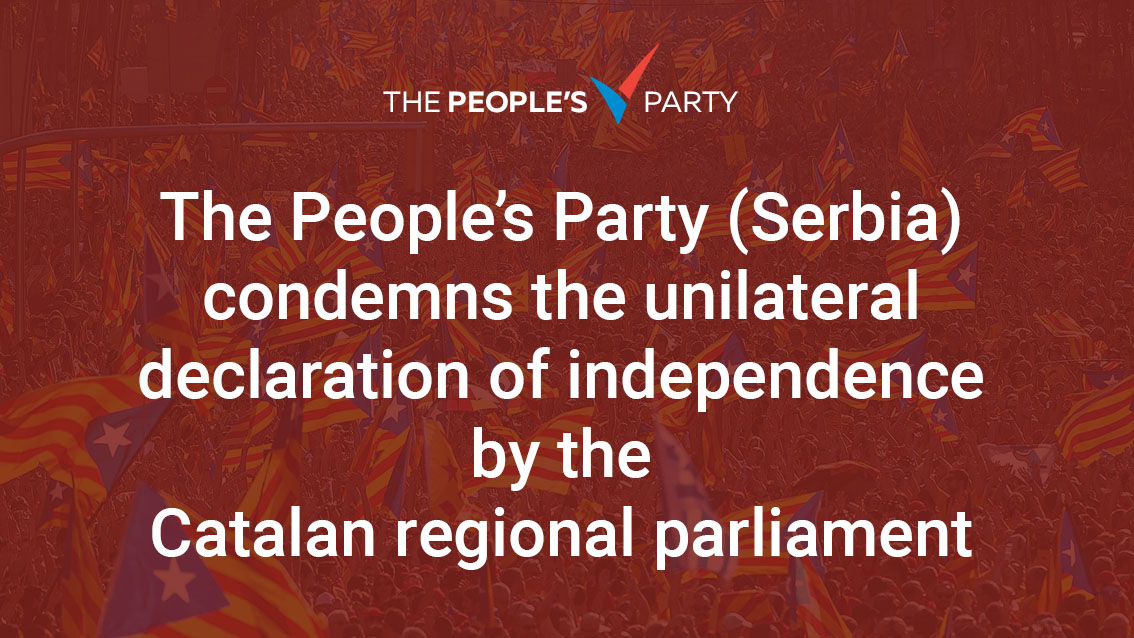 The People’s Party (Serbia) unequivocally condemns the unilateral declaration of independence by the Catalan regional parliament.

The People’s Party (Serbia) expresses its full support to the Spanish Government in the maintenance of the constitutional order and territorial integrity of the Kingdom of Spain, in line with the provisions of Article 155 of the Spanish Constitution that guarantees the indissoluble unity of the Spanish Nation - the common and indivisible homeland of all Spaniards.

The People's Party (Serbia) appeals to all political actors in Catalonia and the rest of Spain to resolve all their differences peacefully and within the rule of law, which is the only sustainable path to restoring legality.